This was in the first set of images I took in our new house.  Ever since I saw that kitchen window I was dying to shoot something in that spot.  The boy is my youngest son who was 2 at the time and the dog is a yorkie maltese mix who weights only around 6 pounds.  The dog is so small she tends to think she is allowed to jump up on the furniture and frequently does.  My son really loves the dog and she loves him the most when he is eating any sort of food!  I wanted to capture their special bond that they have when food is around!  I felt like a silhouette is exactly what I needed to further strengthen my story.  This image is actually a composite of two separate images!  I loved the way my son looked in one image and the way the dog looked in a different one so I ended up merging the two together. 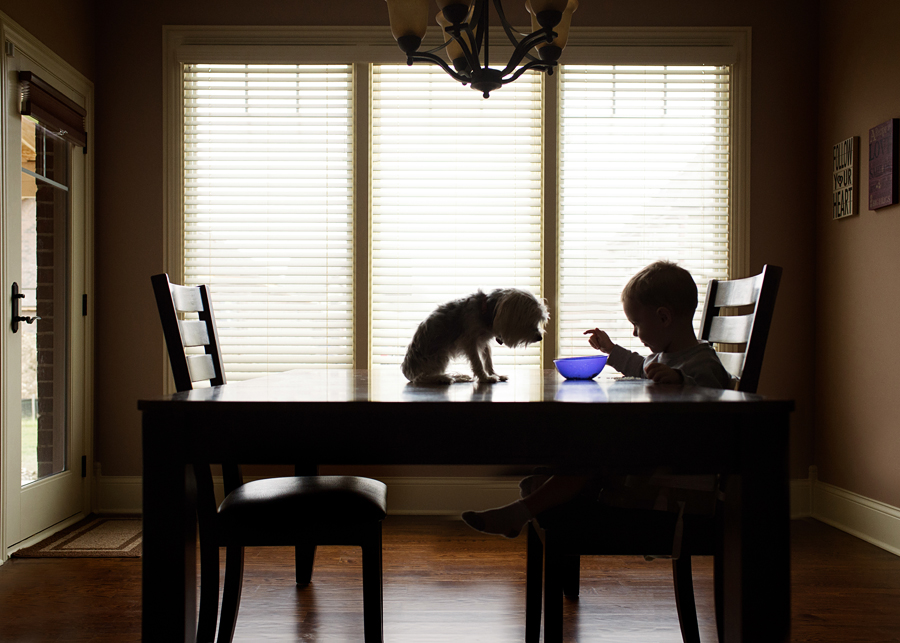 This image was the first one I took in a set of images of my youngest son standing in that spot.  I noticed the light coming in from the window and illuminating the railing of the stairs.  I immediately knew I need to capture a silhouette in that light!  I asked him to walk up the stairs and stand there.  He literally stood there for 3o seconds but that was just long enough for me to get the one shot I needed.  The light was so dynamic that in order to preserve the highlights that outlined his body I metered for them which left the rest of the image in deep shadow creating the silhouette and the perfect black and white conversion.  I decided to leave the negative space in the image to frame him in the darkness. 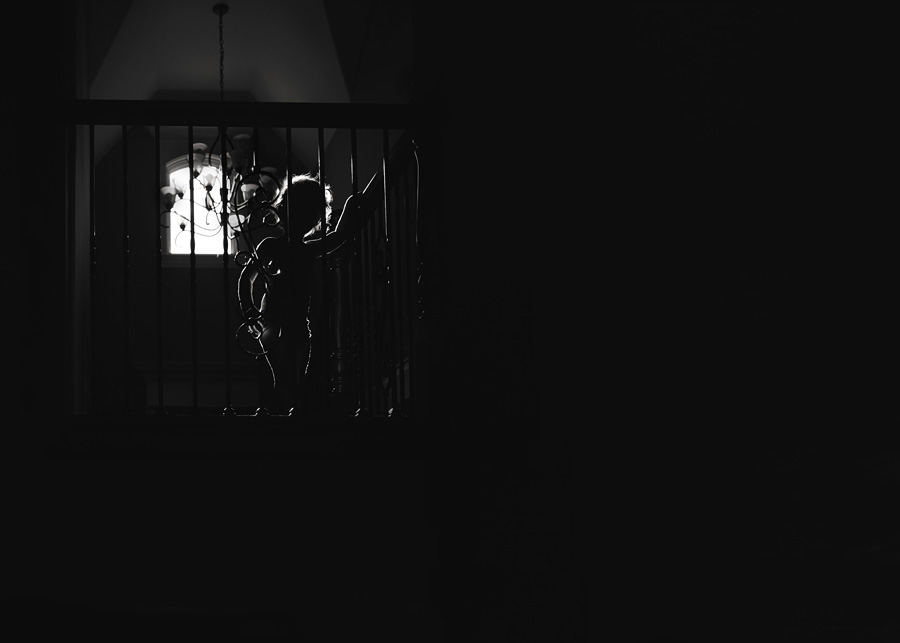 When my son and I set out to explore at the pond this image was not my intent.  My vision was to capture some backlit images of him with his bucket closer to the pond.  We walked onto the trail and I saw this amazing huge puddle!  I knew he would be excited to walk through the water so as he was walking through the puddle I told him he had to walk slow because it may be slippery.  I lied just to get him to walk slow enough so I can meter and get this image!  This is pretty much SOOC… I did very little editing to this image.  I shot this as a center crop because the path worked so well here! 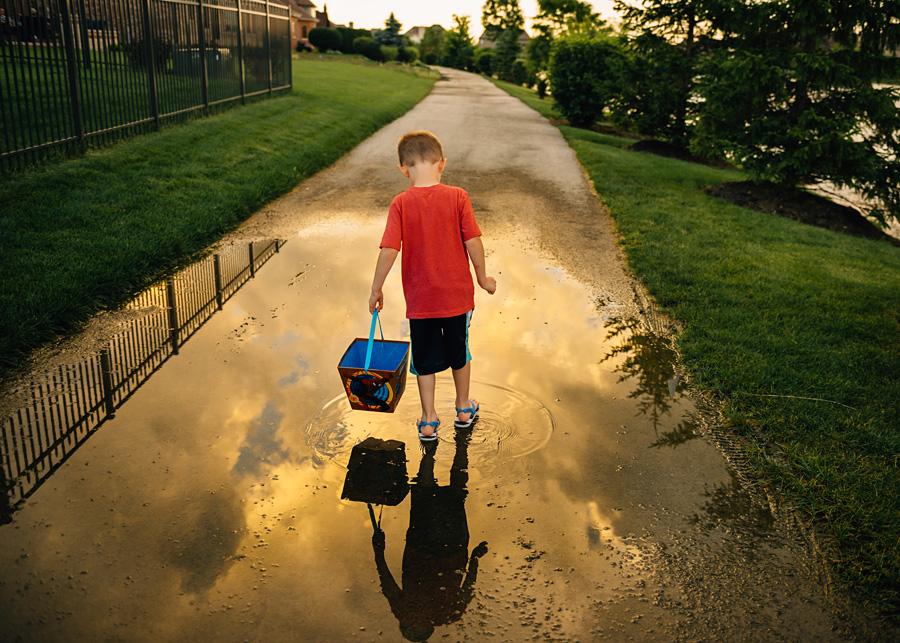 My oldest son always asks about who are Khloe’s (the dog’s) mommy and daddy so after it got dark I asked him if he would like to see pictures of her doggie parents.  I knew I had to capture his reaction to this!  It was his idea to “show” her the pictures also.  I love when they come up with their own ideas to incorporate! The laptop was pretty bright but I had to max out my camera settings and shoot at a very high ISO.  I love the grain in this image and the fact that the computer light is the only light source.

I knew I had to do something with this shirt from the moment I saw it!  I wanted to something more unconventional and something a little more mysterious.  We have hard light in the evening coming into the family room but that room is often full of clutter and toys.  I positioned him close to the window to minimize the distractions in the room.  I decided to shoot up at him to make him feel more powerful.  I wanted the focus to be on his shirt so the fact that the sun was perfectly positioned to blow out his face and hand made it even more perfect!

© 2021 Beyond The Wanderlust|ProPhoto Blogsite Designed by Dawn Alderman Design