Documenting Your 365: A Guide to Organizing & Displaying Your Daily Photographs

Goal one for 2017 – take more photographs. Goal two for 2017 – organize them. Every year I tell myself I will get better with how I organize my family’s photographs, and every year I fail. I am sure there are plenty of you out there that can sympathize with me on this…maybe not quite to the same extent as me, as I hate to even show people my desktop, but you get the point!

But like with anything else in life, to make changes you first have to admit you need a change. And trust me, I so readily admit I need a change!

When I started my 365 project at the beginning of the year I didn’t hold myself to much. I really only wanted to have more photographs than I did last year but I didn’t have a set goal in mind. Obviously I wanted to complete my 365 but I knew the first step to trying to achieve this was to allow myself to not be perfect.

So far my 365 has been successful, with only a few missed days in there. But then it brought me to my next point – how am I going to showcase my photographs? As February 1st rolled, around my social media feeds were filled with those cutesy month-at-a-glance grids, and where were my photographs? All over my desktop.

Before I let myself get too discouraged I decided to focus on the positive. It really was only February. I still had plenty of time to start some sort of an organizing method and move forward. 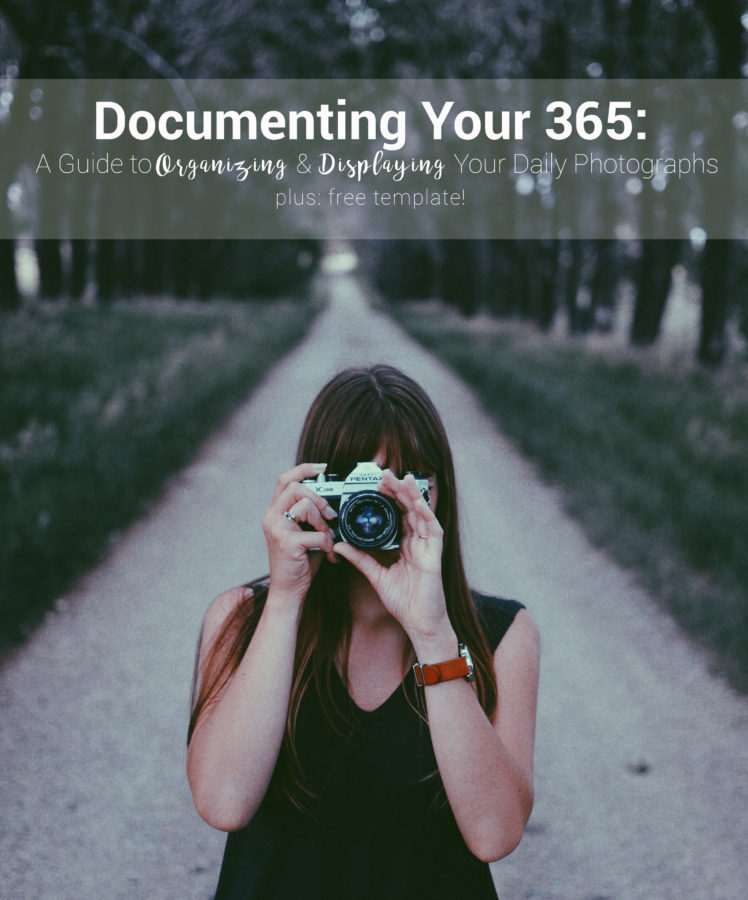 So again, the goals I have set for myself…

Before we can even start worrying about how or where to organize and print your photographs, you first have to take the photographs. In the past I had tried a 365 project and failed. When I was thinking back on why I failed at my project, I realized part of it was because I had no sense of direction. Knowing that other people most likely felt this way too, I decided to start a weekly prompt through The Narrative Society.

Each week a new list of daily prompts come out via the newsletter. These prompts are meant to inspire and to make you think before you head out to shoot. The best part – you don’t have to follow the prompts. This is the great thing about a 365 project, it is your 365 project.

If you need to substitute a day with an iPhone picture? Great! Want to sharpen up on your video skills one day? Fantastic!

Besides the growth I have achieved in shooting daily, the personal growth I have made in allowing myself to “fail” is what has made this project successful.

While everyone has their own personal preference, I will show you what has worked for me to organize month-to-month. 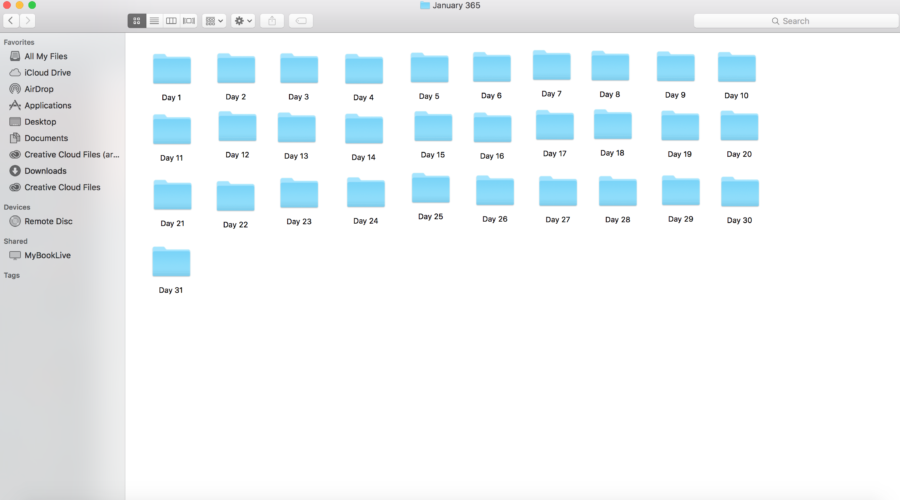 While this system isn’t very fancy, it gets the job done. Before the month starts I assemble a folder for that particular month, including each individual day. From there I can place the photographs in the right slots.

Inside each folder you can break it down further if you chose too. One idea would be to have a RAW folder and an edited folder, such as this example: 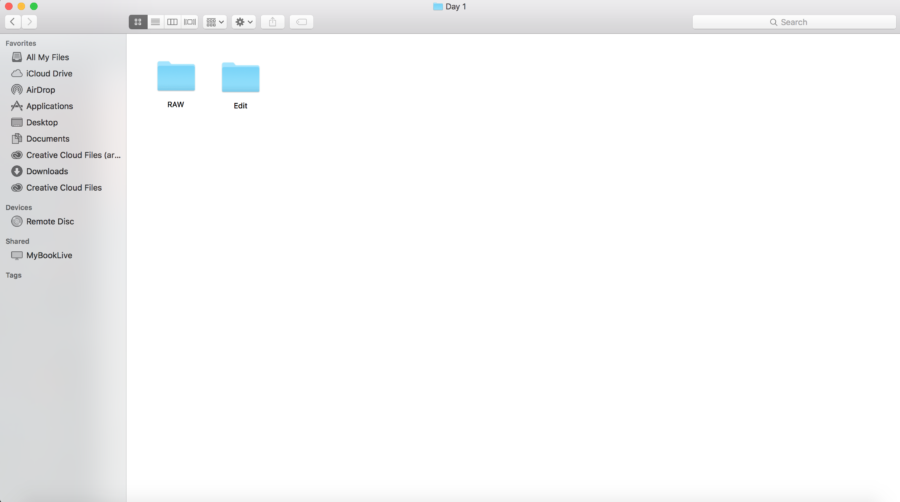 If you are like me and want to separate out one image to be ‘the picture’ for your 365, but take other images on the same day, you can have yet another folder. MAKE IT FAST TIP: Once you have set the style for a folder, instead of re-creating a folder for each day like that, simply duplicate and re-name it.

Other great options community members use to organize their photographs:

Remember being at grandma & grandpa’s house and digging in old boxes, pulling out photographs and reading what grandma wrote on the back? Yeah? Well, we won’t get to have those memories for our children if we don’t print our photographs. I am guilty of this myself – take a favorite photograph and then leave it on my computer. But this has to stop! Even though we are living in the most advantaged digital age, we don’t have the right to not enjoy our family’s memories tangibly.

Let me tell you a story…two summers ago I purchased my first film camera, a Nikon D100. I was super excited, thought optimistically I would be great at it. I snapped through three rolls of film and sent off my work to be processed.

Roughly 10 days later I got back my scans and it was like I had been deflated. BUT! I did have some of my very favorite photographs on those rolls. I didn’t care that those few good photographs were really only 2% of the three rolls — they were my favorites. And you know what I did? I printed it – and big.

I had to really take a step back and think on this. Why, after how many years of shooting digital, did I print the very first image I took in film? I still can’t tell you why exactly but maybe because it was new? Something different? And still, to this day, I get more compliments on this photograph, as it still hangs proudly in my living room. The point being, you can’t enjoy what is sitting on your hard drive.

Moving forward in 2017 I just want you to be happy, take great pictures and enjoy the fruits of your labor. To help you enjoy your photographs even more, I am giving away this free photo-a-day template. As a bonus when signing up for the newsletter – you will also receive the weekly 365 prompts!