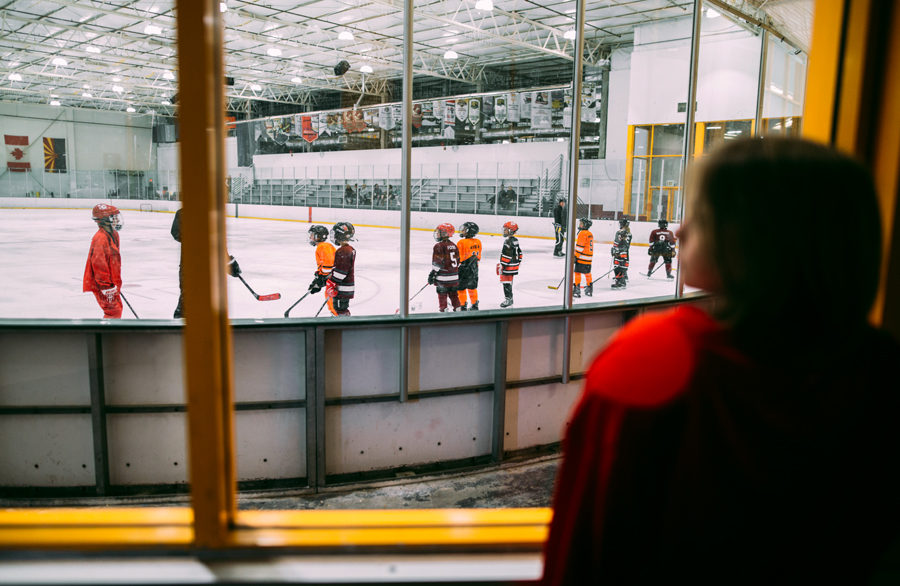 We have been experiencing record breaking heat in the Phoenix desert this summer, so what better summer activity to participate in than ice hockey!  It’s been a reprieve from the sweltering temperatures, and more importantly, it’s been an incredible experience for our kids. 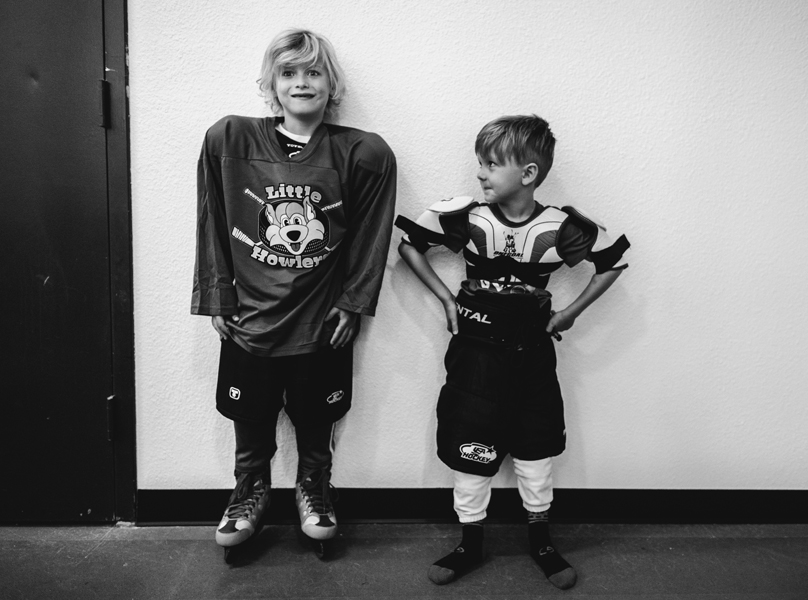 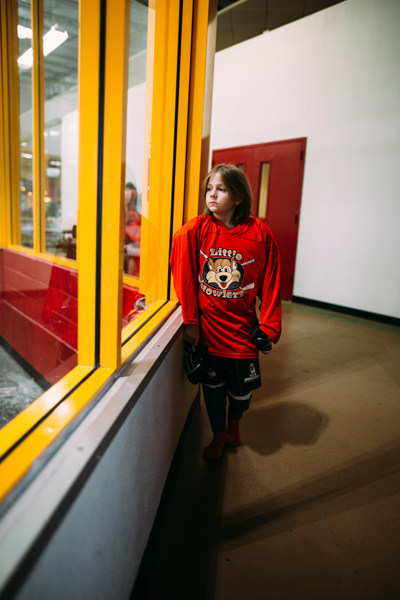 Since we signed them up before they had even tried ice skating, we wanted them to be well prepared for the hockey camp, so we took them to open skate several times.  Kids are such sponges with learning new things, and they quickly learned how to maneuver the slippery surface on their blades.  As a mom, I have been so thrilled to watch them enjoy this activity, especially with on and develop confidence by learning a new skill.  The photographer in me was excited to be able to document this new experience.  I had never taken photographs in an ice rink, and I knew it would pose some challenges.

Florescent lights beaming from above are not a natural light photographer’s friend, due to the color casts and shadows they impart on the subjects.  And overall, it was a low lighting environment, which meant I would have to make best use of this type of light.  I found that placing the subjects directly under the lights as they were getting dressed and for the shots of them looking out on to the ice at least illuminated them, even if it’s not the most flattering light, it was better than being in the shadows.  I did this for action shots on the ice as well.  I patiently waited for the action as it happened most directly under the lights, acting like a spotlight.

Some of these shots were taken through the plexiglass, but when possible, I tried to get to the benches, so my view was uninhibited.  On the positive side, there are often really interesting lines you can work with in ice rinks, so I tried to incorporate them into the frames as best as possible.  It’s also great for capturing moments of connection, action, concentration, and fun!

Both of my kids have really gotten a lot out of this experience, but my son has become a bit of a hockey fanatic now.  After his first practice, he looked me in the eye and said, “Yes, mom! I am going to PLAY hockey!”

Natalie is a lifestyle photographer based out of Phoenix, Arizona.  She is a mother of two young children who are her main source of inspiration.  Her primary goal as a photographer is to get to the core of human connection by capturing authentic, emotive expressions and documenting life as it unfolds.
Facebook | Website | Life {Unscripted}
Posted in Guest PostTags: Act Naturally Photography,adventure,arizona photographer,childhood,guest contributor,hockey,life unscripted,lifestyle,phoenix,photography advice,photography blog,portraits,storytelling,summer