Get Back on Your Bike | Journal | Inspirational Photography Blog

Just when the snow was almost all gone and the temperatures were starting to play nice, Ohio got blanketed with more snow. The temperatures yesterday were suppose to be pretty frigid so I didn’t have any plans on letting the kids go outside. I went out after lunch and cleared the drive and took care of the steps for the poor mailman. About an hour later I came back in to cool down and let my legs rest, because let’s face it, I am ridiculously out of shape. Part of me is happy when we get these snow falls because it gives me a reason to go out and work. After I came in, I started thinking that the sun was out and the temp was that bad so I offered for the kids to come out and do some sledding. This snow after all was the perfect sledding snow! Alayna was on board but the boys were too busy playing to come. I was happy to get some alone time with Alayna and just be able to spoil her. When we all go out sledding with three kids, it gets to be all about who’s turn it is or who went last, so with just us two we could go out and explore anywhere we wanted with no fighting. 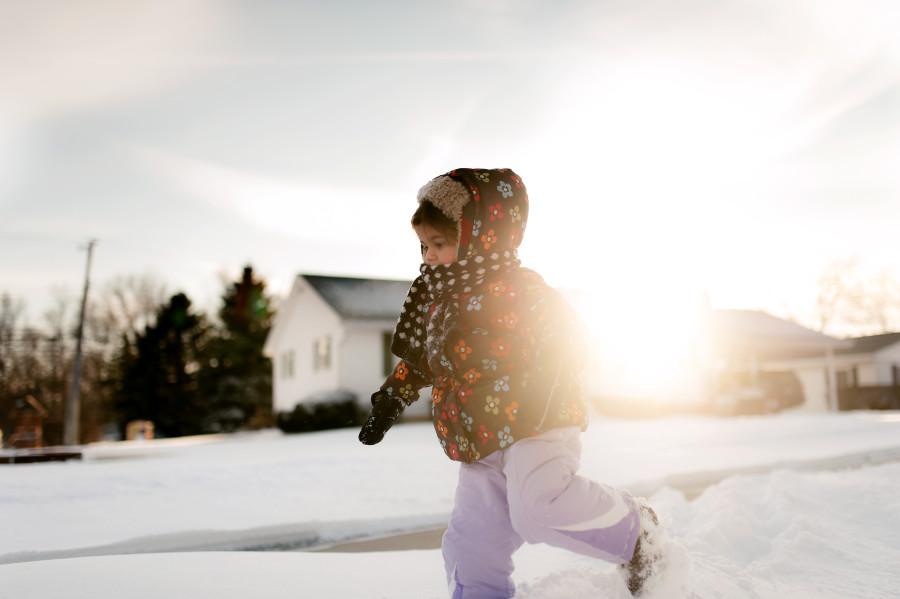 We went all around. Playing down the hill. Going to the playhouse out back and pretending we were drinking chocolate milk, while really we were eating icicles. Once both of our legs got tired walking through the 5 inches of dense snow, we trudged our way back up front. With the afternoon sun on the driveway I decided to clean off the snow that wouldn’t come off earlier. Alayna asked if she could ride her bike. Part of me immediately thought, have you lost your mind, there is no possible way you can ride your bike. I spent a good five minutes trying to talk her out of this thought and pointing out all the reasons that she couldn’t ride. •her snowsuit wouldn’t allow it •the bike wouldn’t turn easy around her knees •the snow wouldn’t be easy to ride on and the list went on and on. Each excuse I gave her, she didn’t change her mind and with each time she got more and more determined she was riding her bike. 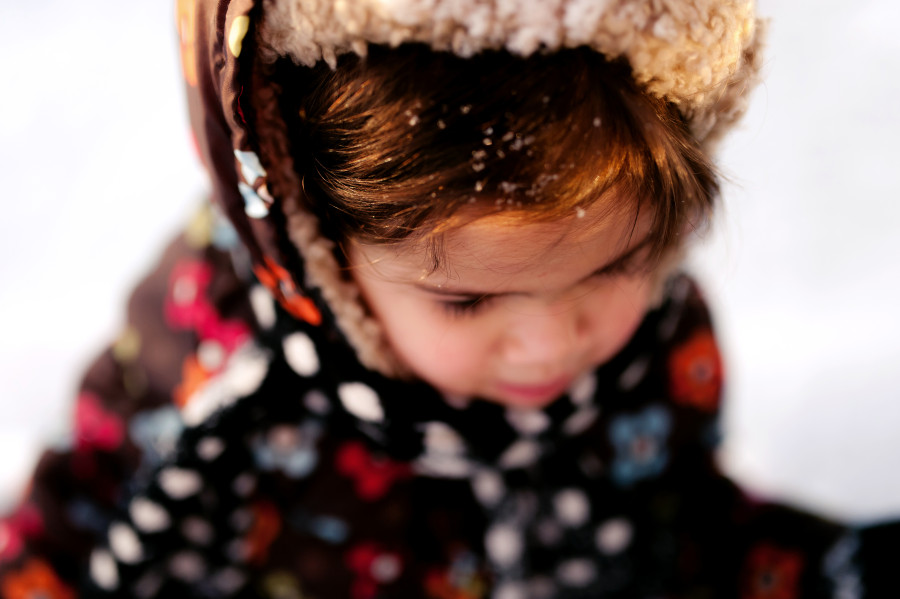 I finally broke down and got out her bike. It is sad to say but I was almost just waiting for the whole thing to fail. In my mind there just was no way. To my surprise, she got on her bike and immediately took off. I was floored. She rode with such ease. The snowsuit wasn’t an issue. The snow on the ground didn’t stop her from gliding around. It actually made me tear up a bit that she was confident enough that she was going to ride and she made it happen.

Children have a joy about them called innocence. They haven’t been proven by the world yet that things don’t seem impossible and they think they can take on the world. As I stood there and watched her ride, I started thinking about where I am in my life. With everything that I have taken on, sometimes I think there is no possible way and I should just stop. Most entrepreneurs have to fail hundreds of times before they succeed and sometimes those successes are extremely small. This fight can break down the strongest of characters and make it hard to believe.