I Had a Panic Attack Today 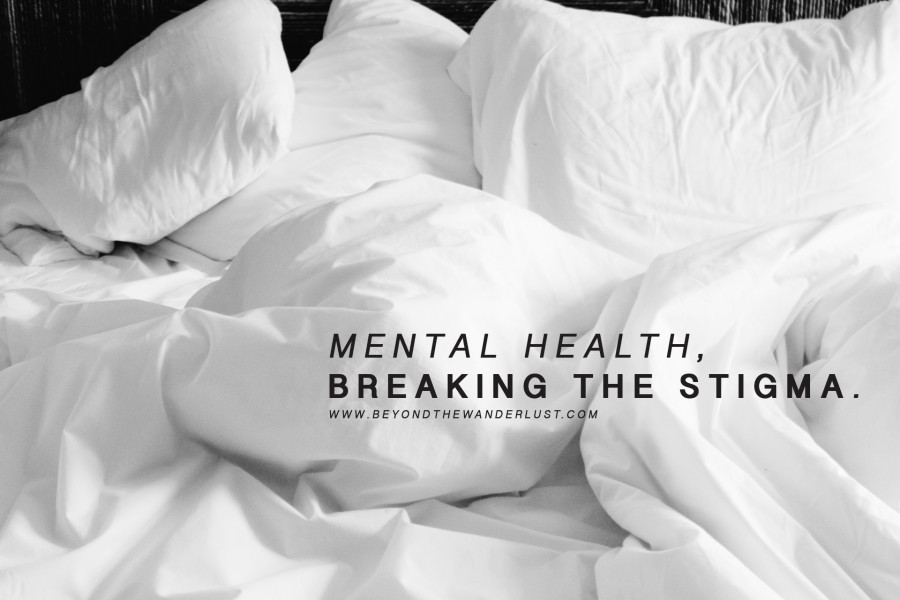 I Had a Panic Attack Today.

Panic and anxiety disorders are some of the most common diseases that women in this country suffer with, I myself am a statistic. The public and media have made people feel ashamed of this, this “made up” disease. You hear it all of the time, “Just relax..there is not thing to worry about..just don’t think about that.” I am here to tell you first hand it simply is not that easy.

This marks 6 years that I have struggled with panic/anxiety attacks. At first I didn’t full comprehend what was happening. I wasn’t stressed? I wasn’t a constant worrier? These were all misconceptions I had believed.

Through the help of Effexor, my counselor, family and friends, I have got to a place where I thought I was in control..boy was I wrong! Just when you think you know what your body will do, it will throw a curve ball. I have learned to know my “triggers.” If I over-think too much on a project or if I worry too much on something, I know I will have break through anxiety, I plan on it. For those who have never had an attack, night-time hours are more common or at least they are in my case. I take my medicine at night and I work through them. Today was just like any other day. I knew I was on edge but I knew I also just had two huge weeks of constant information.

I told myself I was control, everything was going as planned and honestly I wasn’t stressed. Yes, yesterday my nerves were raw but I was not expecting what happened today. I got up and had my normal breakfast, did the daily fan favorites and weekly favorites. I had studio stuff to re-organize and needed to move some furniture around in there to make way for more workspace. I could tell something was off but I told myself I was just tired, as I didn’t sleep very well the night before.

I did a few more chores and then made myself come home to shower and lay down. I tried re-focusing myself but it didn’t work. I tried some cute little bottles of goodness (hint, hint) but again it wasn’t enough. I decided to run to Krogers since I don’t have a BP cuff at my home. Their machine ran 150/100 BP, with a heart rate of 135. Crap. I knew that was high and especially high for me. I came home long enough to grab my wallet and tell my husband I was heading over.

I was out of my skin. Afraid that my BP would effect my heart or brain. I was in the ER for four hours. The staff was amazing as I laid there bawling and my heart racing. I have had a c-section, a miscarriage and two VBACs and I would rather give birth to another child vs have an attack.

One thing that was said to me in the ER and I know the technologist was trying to comfort me but it rubbed me horribly wrong was she said, “Just calm down, you are going to be fine.” I know in my deepest of hearts she meant it, I could tell by her voice. But it just simply isn’t that easy. I did not ask for any of this, nor did I know it was coming. I had plans today and a wedding to be in tomorrow, this was the last thing I could have done with my Friday.

I wanted to share my experience in order to give hope to others or to help shed some light on what someone you know might be dealing with. If you have never had an attack but a friend or family member has, just be there for them. Don’t say anything but be there.

Just because someone has panic or anxiety attacks does not mean they are less of a woman or man. I am just as driven, if not more driven, than the next person. I am a hard worker and I like to think my hard working might have me dealing with some of these issues. As at least there would be an explanation, because in a lot of people there are none.

It is time for the stigmas surrounding mental health to stop and embrace the people who are struggling. When people say they have been diagnosed with cancer, diabetes, or heart disease, we immediately feel remorse for them. Mental health is a disease, a sickness.  For the people struggling, deal with more pain and anguish than you could even imagine. If you know someone who is also struggling, be a light of peace and guidance for them. Let them know they are loved and you are there for them, because it might be what they really needed to hear on a day like this.