“Chelsea + Brian’s engagement session was an absolute blast to shoot. These two have such great chemistry and the love between them. Chelsea is my photography assistant and is starting a business with her finance. It was so fun to get her in front of the camera, as these two are naturals. Brian brought his guitar, which he made himself; plus Chelsea made sure to bring the runner which will be part of their California elopement. It was so awesome to see the couple bring personal touches which are personal and meaningful to them. After we shot in the green around the surrounding park ,we head down to the beach and got into the water for some intimate shots. After shooting for a bit we set off a green smoke bomb to add something a little special. This was a fantastic shoot & I can’t wait to celebrate with these two after their elopement!” 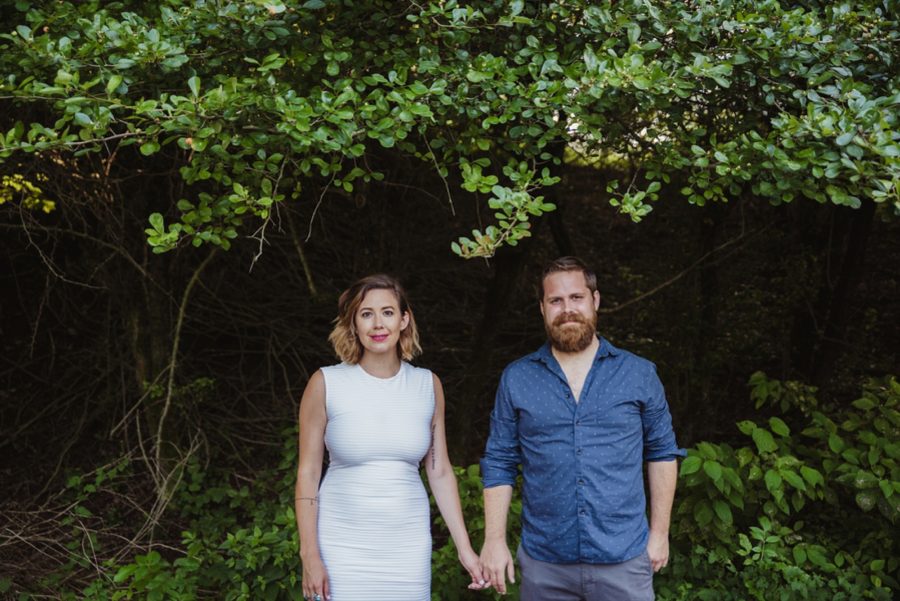 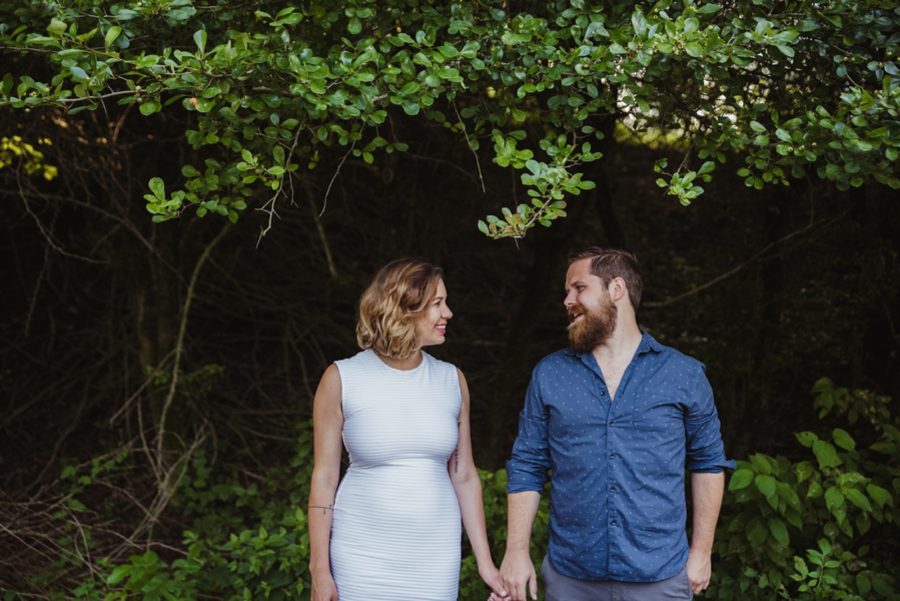 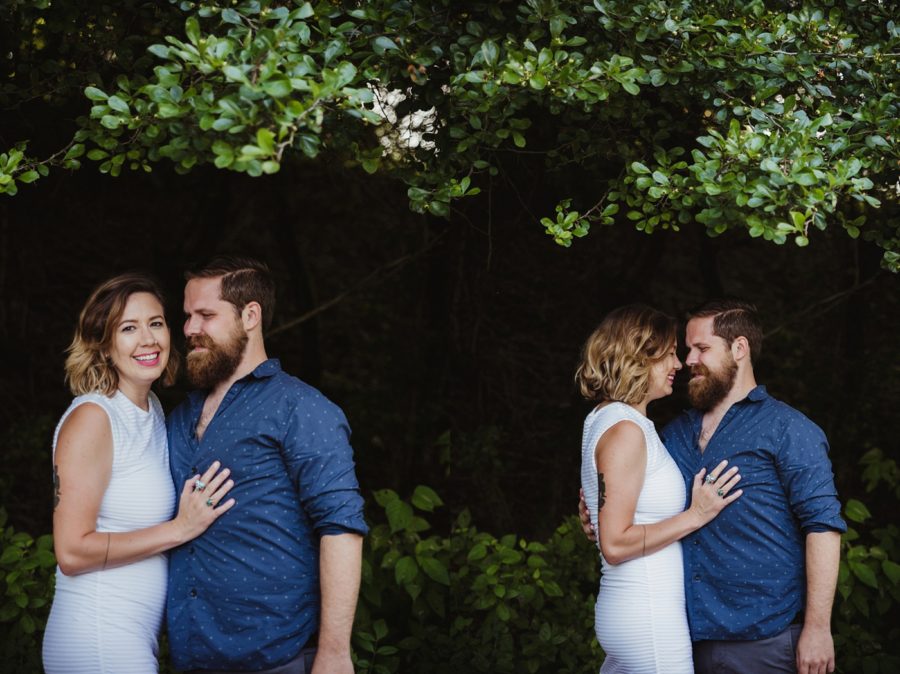 Let’s start at the beginning. How did you two first meet?

We met online! I was moving to Honduras 6 months after we met, so I wasn’t looking for anything serious. I did NOT want to fall in love. We actually didn’t even like each other at first, but for some reason we went on a second date. After that second date we spent every free moment together, until I broke his heart and left for Honduras. We made it through the distance, which was very trying, and now we’re together forever.

What makes your relationship special?

I’m extremely proud of our relationship lasting through my mental health struggles. I came back from Honduras early because I was extremely depressed. It was a long year of therapy and learning about myself, and Brian was so patient and caring and understanding.  I was not an easy person to deal with, but he never stopped loving me. I don’t think I would be here today if he wasn’t in my life. He saved me. On a happier note, we just started our photography business! I got Brian into photography and he’s blown me away with his skills and ability to learn. We make a great team.

How did you know your partner was the one? When did you first know this in your relationship?

As I said before, I did not want to fall in love. I denied my feelings for him for as long as I could, but a month after we became official, we were dancing in the kitchen and I told him I loved him. Then I cried because I was leaving him. We both cried. It was heartbreaking, but beautiful.

Give us all the details about the proposal. How and where did it happen? Was it a surprise? What was the planning process?

It was a surprise, but I knew it was going to happen this summer. We talk about everything so extensively, and we’re terrible at keeping secrets. I had just driven 10 hours across the country, so I looked really gross lol. We were getting ready to watch fireworks, and I was laying on his lap, and he just asked me to marry him! Simple Brian style. He had gotten the ring in the mail that day, and he didn’t want to wait.

It’s a raw diamond! I don’t like sparkle, and I made sure to give him plenty of hints as to what kind of ring I wanted. It’s perfect!

Are you excited to start planning your wedding day? Do you have any ideas in mind yet?

I had it all planned before we were engaged! We had a trip planned to visit friends in LA in October, so I knew I wanted to elope there. We’re renting an Airbnb mansion in Beverly Hills, and getting married in the yard with our 8 closest friends. Wedding planning is so not for me, so it’s going to be very simple! We’re having a little party with family the month after.