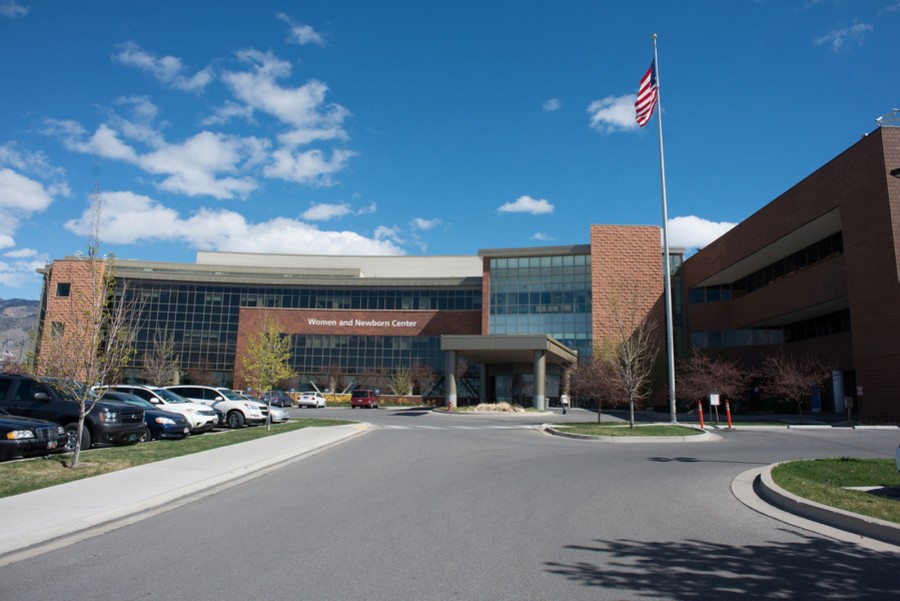 “I always thought my mom would teach me to be a mom when it finally happened to me. I thought she would be there teaching me how to nurse, how to get the baby to sleep through the night. I assumed she would teach me what to do when the baby is sick, or has colic. I always relied on her being there. I needed her to teach me to be a first time mom. That all changed 3 weeks before I had my baby.

My mom passed away after battling ALS and with her, went her fount of baby knowledge.
She was the original baby whisperer.

When my doctor told me he would be gone Monday, Memorial Day, with family…I knew I’d be delivering that day. Sunday night my lower back started to really hurt bad. I figured it was my usual sore back – since I had been on the floor working on sewing drapes for the nursery, and standing up ironing for a few hours. I decided I should call it quits and go to bed. I did not sleep. I think I only clocked about two hours. I was up stretching, repositioning pillows, rubbing my back… anything and everything to make the spazing go away. I knew my sisters had both had back labor, so I text them asking what it felt like. I still wasn’t convinced I was in labor. I did NOT want to be that girl. You know, the one that goes to the hospital just to be told, “You’re not in labor.” I decided to take a warm shower and see if the pain went away. I had also heard that a warm shower feels great for back labor. Win win. 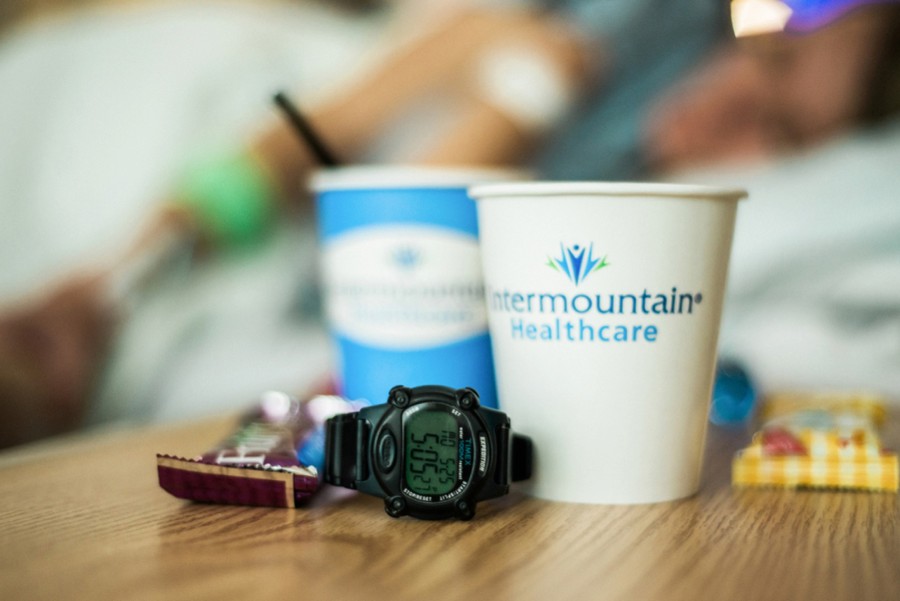 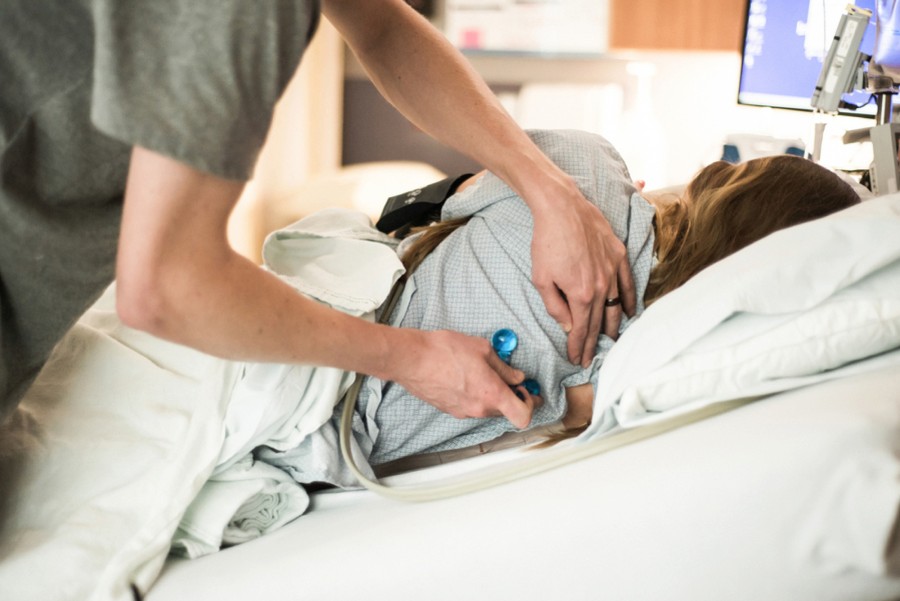 I turned on Pandora to distract me. The pain got worse. And since Pandora was on, I could kind of time it. “That’s the second contraction this song…” I told Austin that they were getting worse and he started timing me. I still wasn’t convinced I was in labor. And if I wasn’t in labor, we had a lot of work to get done that day on the house. Austin talked me into getting ready for the day and told me he needed to make the 30 minute drive to Logan, where our hospital is, for a few errands anyway. If I was still having contractions, we’d check into labor and delivery – if I wasn’t, we’d pick up the things we needed, come home and work on the house.

They started to get closer together and by 8:30 they were a consistent 3-4 minutes apart. It wasn’t long before I couldn’t stand up anymore during my contractions. I wound up on my knees and Austin was increasingly convinced that we needed to go. We grabbed our “go bag” and hit the road, and it was a good thing we did. The contractions got significantly worse. We decided to ditch the errands and go to the hospital, we got there at about 10am. As we approached the front desk, they informed me that my doctor was out today – which I knew already – and that Dr (she-who-shall-not-be-named) was on call. She was exactly who I wanted to avoid. Right as they delivered the news a contraction hit and my knees buckled. WORST NEWS EVER.

They quickly took me to a room and got me all checked in. Still I’m thinking, “So… is this real labor then?” They told me I was already a four and that, that is the hardest to get to. They then asked me if I wanted an epidural. Huh? I’d only been in the bed for 5 minutes. I hadn’t suffered nearly enough to get the epidural, had I? The nurses told me that since it was a holiday, the anesthesiologist would take about half an hour to get here. And from the time he gets here until the epidural kicks in it would be another half an hour. So an hour until relief came.

I asked them if they thought it was too early? My nurse responded, “Honey, when someone hits the floor mid-contraction, I think they need the epidural!” I texted my sister Jeni that I was a 4 and they wanted to give me the epidural. She immediately responded, “Contractions at a 5 are way worse!” I quickly called the nurse back in and told her I made my decision. “I’ll take that epidural now, please!” Lucky me, numbing stuff rarely works. The little “bee sting” before they give you the epidural, was no exception. I felt the bee sting, but I also felt him insert the epidural and wiggle it around. Longest 15 seconds ever. He told me that since I metabolize things so quickly, I’d most likely need to press the button to give myself another dose to be sure it wouldn’t wear off. Man… once that epidural kicks in, life was bliss.

I decided to catch up on the Z’s I missed that night and Austin decided to catch up on movies. I slept through most of Interstellar and woke up hungry. I am hypoglycemic and generally eat every few hours. I kept asking for jello or whatever they could let me eat. I knew I needed to keep my hypoglycemia at bay, as passing out in the middle of delivery didn’t sound very ideal. The nurses informed me that the on-call Doctor wouldn’t come break my water because she “didn’t have plans to come by today.” She lived up to everything I heard about her. And I knew that meant that things might take longer to progress. Austin asked if they could let Dr. Horsley know that I was there… They said that he was “checked out” for his day off, meaning he is unavailable and they needed to respect that. I was bummed out to say the least. I ate more jello and fell asleep. The nurses came to check on me and informed me that, for some reason, Dr. Horsley checked back in! They contacted him and he said he would come and deliver the baby. On his day off. I am God’s favorite child. And God bless Dr. Horsley. I was thrilled!

I wanted him there so bad, not only because Dr. she-who-shall-not-be-named was terrible, but because he is SO GREAT! We had talked about it and had a plan and that plan was gonna work out! At about 2pm my water broke and the nurses were sure we’d be meeting our baby sometime between 6 and 9pm. My first thought? “Whoa… that much longer until I can eat? &%$#@.” A few hours later, my epidural started to wear off and the back labor returned. The good thing about back labor is that massaging seems to help! After 15 minutes, they let me press the button and then I pressed it again after another 15 minutes. Finally, the pain went away again. I’m so glad that Austin was there to help me out and hold my hand. Preparing to give birth is… pretty scary.

Eventually, they informed me that I was ready to start pushing and got everything ready. Austin looked at me and I knew what was coming, “It’s GAME TIME!” We got to feel her one last time in my tummy and then……ready or not, it was time. I then promptly puked up all the food and ice chips and suckers they let me eat. The first hour of pushing I had the energy to crack jokes and try to be funny. Most jokes were about food and how hungry I was. Because, lets be real… I was starving. I’m 99% sure that my stomach was eating itself at that point. Towards the end of the first hour, I was really starting to feel my hypoglycemia kicking in. I was light headed, had a terrible headache and had no energy left to keep pushing. I was really not feeling well and didn’t know how much longer I could keep this up. Then Dr. Horsley walked in. All I wanted to do was jump up and hug him. But, you know, my legs were noodles. I continued pushing for another 45 minutes but she was a little bit stuck and I was having a hard time making any progress. I had let my epidural wear off so that I could feel and push more effectively. The contractions were wearing me down and I really needed some food to boost my blood sugar.

The nurse gave me some oxygen for my sake and the baby’s and I didn’t open my eyes after that. Then I started puking again. And let me tell you…Puking mid-contraction is hard. After the second round of puking, my temperature spiked and my nurse said she was gonna go grab Dr. Horlsey and we were gonna get that baby out. I was totally on board with that. He had to use the vacuum to help me, but 3 contractions later and he told me to open my eyes……and then I ugly-cried. Right as she was born, a huge full rainbow appeared just outside the hospital. My mom always said to look for her in the elements, that she would visit us through the elements. It was like she was saying, “Congratulations!” And then I ugly-cried. Again.

Nothing can prepare you for that moment. And there is no way to describe that moment. But when you see your child for the very first time… something magical happens. One of the first things I thought of was my mom. She was there. I know she was. And I’m sure Hollynd came straight from her arms to mine. Hollynd Faye Rayfield named after the country where Austin and I met, where our story began! Hollynd weighed 7 lb. 13 oz – exactly the same as her daddy weighed. She was 21 inches long – again, exactly the same as daddy. When Austin laid her on my chest, her hand fell into the ASL sign for “I love you.” That’s how my mom told us she loved us when she couldn’t talk anymore. And then I ugly-cried.”

© 2022 Beyond The Wanderlust|ProPhoto5 Designed by Dawn Alderman Design