We arrived in Norway on a holiday evening and everything seemed to be closed, but we were still excited to be there. The buildings were stunning, as we were probably most excited for the amazing architecture. We got up bright and early the next day and raced over to the palace to see the changing of the guards. There were tons of people around watching it. It is a ceremonial even and was awesome to watch it. Their uniforms and the buildings were great! 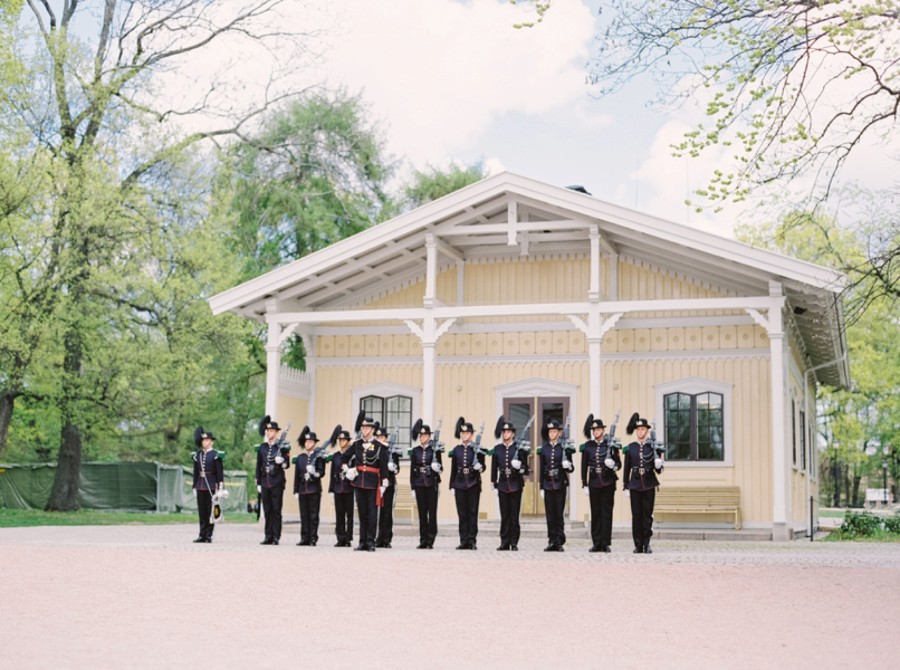 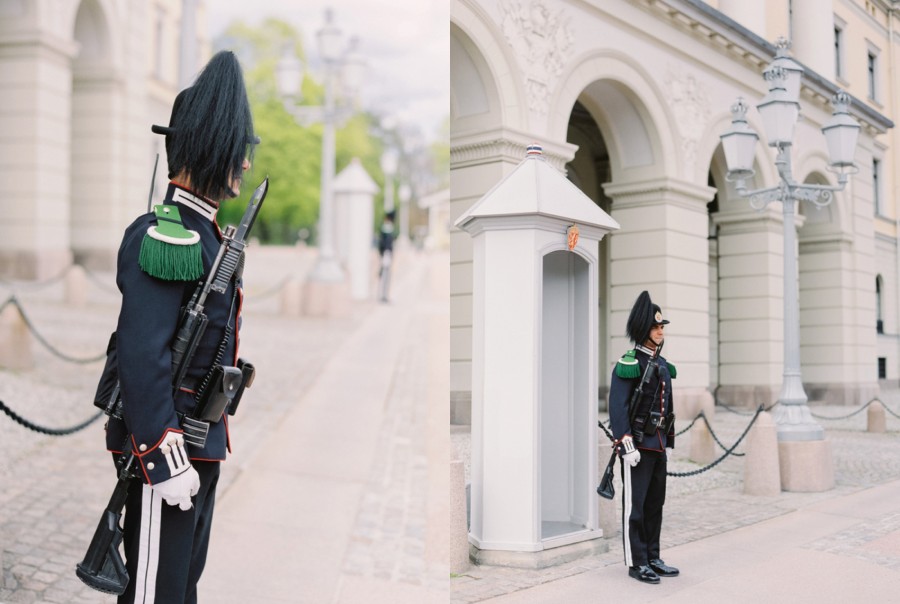 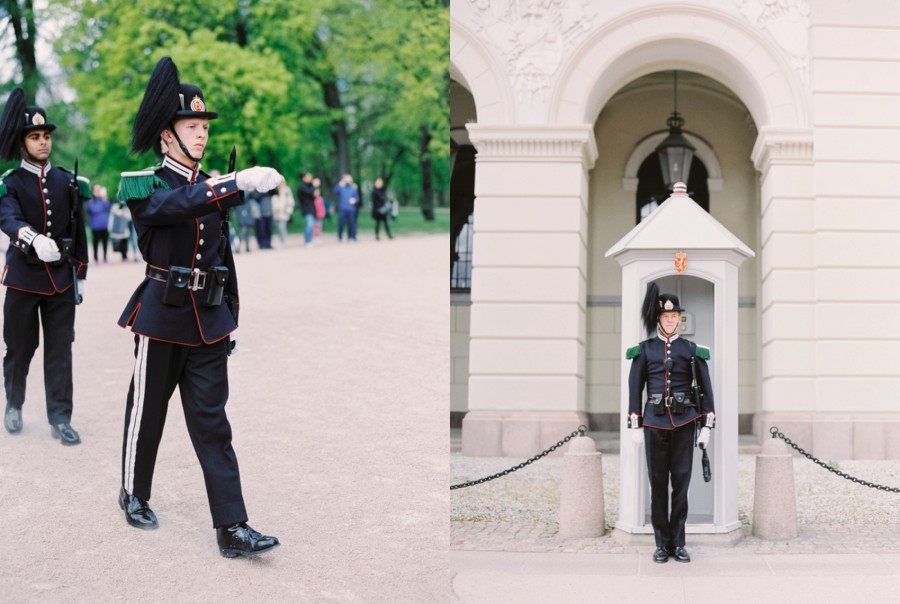 Once that was over we continued on a self guided walking tour of Oslo. We visited the art gallery and wondered around there, the buildings, again just amazing. The colors and shapes, and the details of them were incredible. The view of the water and a distant coast line was magnificent as well.

There were so many boats zipping across the waters. Some of the boats that were sitting at the docks were so cool, very nordic looking with gorgeous wood details. The restaurants were all just too cute as well. They all had blankets hanging over the backs of the chairs –  which in Norway, where it’s honestly way more chilly out than you would expect, makes a lot of sense.

Walking around even the plants were interesting shapes & structures. The flowers of course were so gorgeous as all of the tulips were in bloom, in huge flower beds all over the city. Of course we had to see the opera house while we were there and the iconic structure was breathtaking. The overall architecture was just so different than any other countries we had been to, it is so modern, sleek and well designed, it was beautiful!