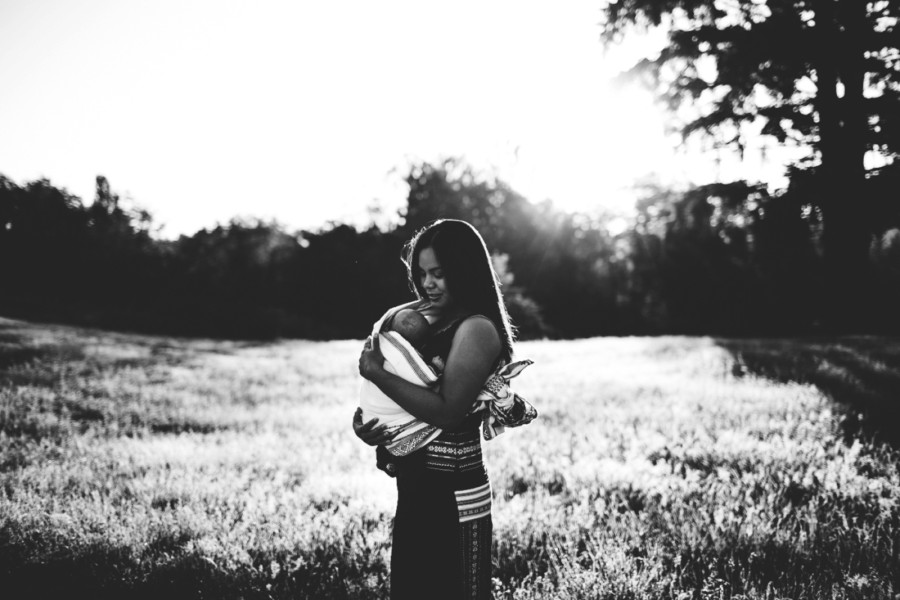 “I often say how honored I am to be allowed to capture my clients deeply meaningful memories; this story is no exception. This is Rit. Before the birth of her baby, Rit asked me to document her wearing a traditional Montagnard dress while holding her son. A few short months later we did just that. 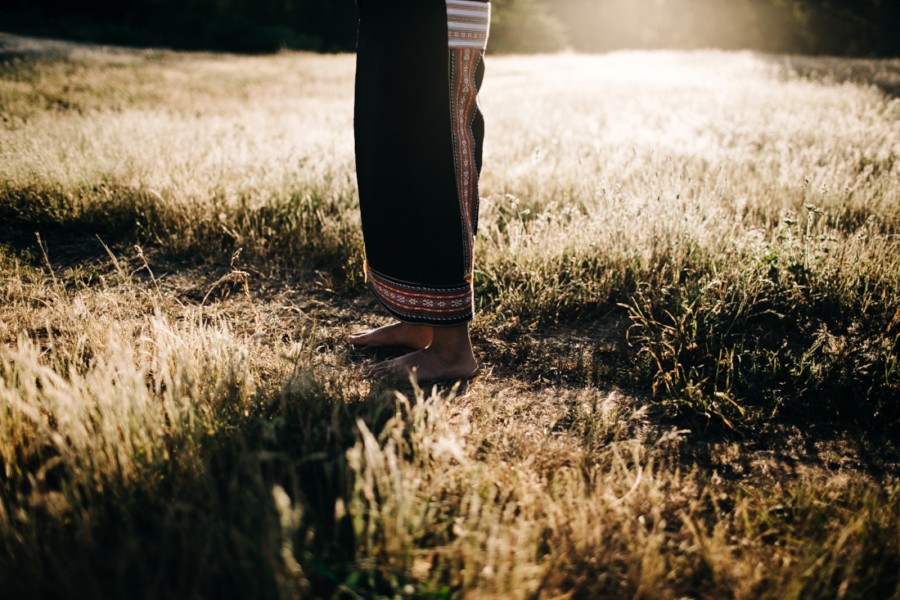 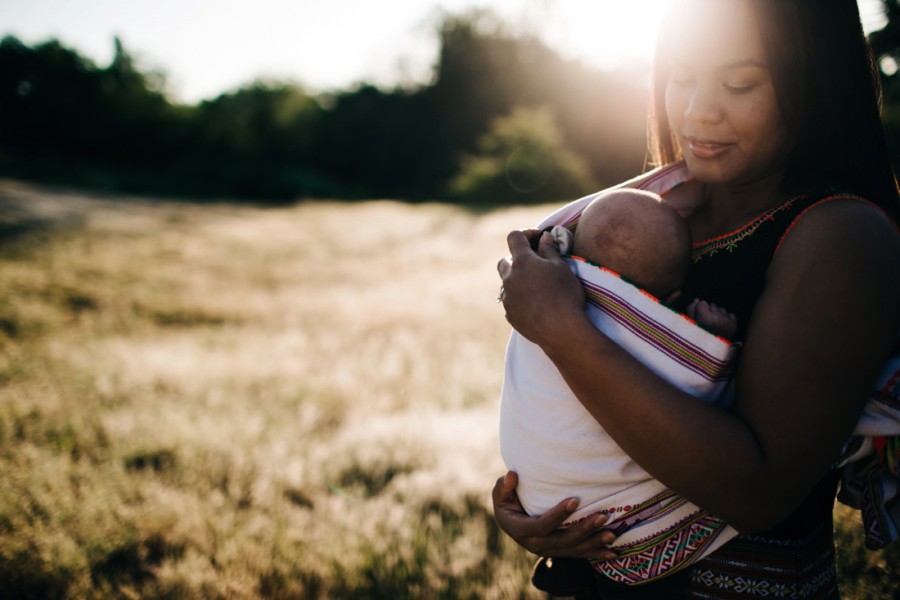 Just as the sun was rising, we met in an open grassy field that had the essence of the land that surrounded the village that she grew up in.  (Montagnard means “mountain people.”)

Rit moved to the states from the Central Highlands of Vietnam seven years ago. She described how her dress came from the Bahnar tribe, a group of Montagnard people that live in the rural mountains of Vietnam. She eloquently described how it was traditional for the women of her tribe to know how to make her own clothes from scratch.

The start of the process was to gather tree bark and cotton. The thread is then spun from the cotton and dyed from tree’s leaves and bark. Traditionally – red or white. The thread is then woven on looms made from bamboo and trees surrounding their village. It typically takes about a week to finish weaving enough “khan” or fabric to make one dress.

Once the fabric has been woven, the dress is then cut out and lovingly hand sewn together. She added that “now, they don’t have to make the thread from scratch as it’s available at the marketplace.” Native people can identify the tribe you are from by the woven pattern on the fabric. This particular dress was sent to Rit by her aunt who wove and constructed her garment.”

More on the Photographer:

Hello, I’m Dannie. I have a deep passion for telling stories through my photographs rather than words. The saying “a pictures worth a thousand words” rings true to me. I want to communicate this language through my photos.

My favorite pictures are always when people aren’t looking at the camera. Capturing natural expressions of people in their natural habitat is my absolute favorite…. I just love the rawness and simplicity of life… although my life doesn’t feel very simple with 3 kids under 5. It feels like a circus. But, on a daily basis I am reminded how these messy days are so temporary and as hard as it is sometimes -a lot of the time- I am reminded that I need to slow down and savor it. Photography helps me see the beauty in it. Although, I can see it without a camera, but the process of taking a picture and going through and editing it later just helps me document it. I have to. This season is short.

In my teens, I started taking photographs with a hand-me-down Minolta and a roll of B&W film. In high school I learned the process of it, loading film, developing it and printing my own photos. I had a busy life, but being in a darkroom always grounded me. I love film, the process of it, I felt at home there.

After college, I started working “a real job” and got away from it for a while after I finished college. Starting out in my career, I just couldn’t afford film and processing it. But, I missed it so much. Just before my 30th birthday, my husband asked me what I wanted. I told him a “REAL” camera. And, that’s what I got. That was almost 2 years ago in April. Digital photography has been a learning curve, but, I love it so deeply. I am grateful to have the ability to capture my growing family.

My inspiration comes from observing the everyday- the way a shadow falls across a group of little strawberry stained faces; the love between a couple that is newly engaged; the love between a couple married for 50 years; a glowing mother waiting in anticipation to meet her little one; the raw emotions of a woman and her partner as they work to bring their baby into this world; a daddy holding his child for the very first time. I’m not sure how to explain it other than I have always seen life in pictures. I have always felt at peace photographing. It has always felt natural to me.